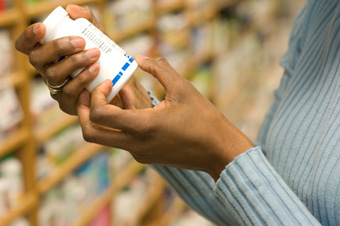 The Attorney General’s Office has a longstanding focus on products that impact vulnerable populations, such as children, and minorities. In addition, the Attorney General strives for comprehensive investigations and enforcement that address systemic violations across an industry or product area, as in the examples below.

Imported Mexican candy products, which had become highly popular throughout California, contained high levels of lead, resulting in elevated blood lead levels in some children. The Attorney General sued thirty-four Mexican style candy companies, and arranged to have an independent food quality auditor inspect these companies’ facilities in Mexico. The auditor found that the culprit was the unwashed chilis used for the chili powder ingredient, and he devised a set of good manufacturing practices (GMPs), which included using washed chili, careful sourcing of other ingredients, and routine facility inspections to remove sources of lead. All of the defendants signed a settlement agreement which required them to retain an independent food processing auditor (approved by Attorney General), implement the GMPs, stop buying unwashed chilis, and achieve lead levels below 100 ppb. The settlement resulted in an across-the-board reduction of lead levels in Mexican style candy products.

After receiving 60-day notices from three private enforcers alleging exposures to lead in jewelry, the Attorney General’s Office initiated an investigation. The investigation revealed that lead occurred primarily in jewelry components made out of plastic and plated metal, including jewelry intended for young children. The Attorney General sued approximately 30 companies that sell jewelry, and later sued some of their suppliers that manufacture the jewelry, for violations of Proposition 65 and the Unfair Competition Law. After a yearlong negotiation, defendants agreed upon comprehensive lead standards for jewelry. The standards are stricter for children’s jewelry. California subsequently passed a law that applies the lead standards to all jewelry sold in California. (HSC §§ 25214.1 et seq.)

Crystalized ginger candies (popular with pregnant women) had lead levels in excess of 100 ppb, ranging up to 700 ppb. The Attorney General sued the main retailers and manufacturers, and the settlement required these companies to reduce the lead levels to 40 ppb and to hire food quality auditors to implement protocols to reduce the lead content in the candies to the lowest feasible levels.

Many popular brands of artificial turf had high lead levels of lead (3,000 to 17,000 ppm). The Attorney General’s experts determined that younger children who played on the turf were exposed to lead in excess of the Proposition 65 warning level from hand-to-mouth contact. As a result of the Attorney General’s suit, the main manufacturers of artificial turf (AstroTurf, Field Turf, and Beaulieu) agreed to reduce the lead content to 50 ppm or lower.

Mexican Coke, Pepsi, Crush and Squirt products were popular in California because they were sweetened with sugar rather than corn syrup. They were sold in returnable bottles which require applied ceramic labels strong enough to withstand repeated washings. These labels had high lead content. Consumers were exposed to the lead by hand-to-mouth contact and when the lead found its way into the bottles during the washing process. As a result of the Attorney General’s Proposition 65 action, all three companies immediately switched to lead fee coatings, phased out all leaded bottles throughout Mexico and retained food quality auditors to ensure there were no additional sources of lead contamination in their facilities.

Proposition 65 also contains a private enforcement mechanism. Individuals and organizations, such as environmental groups, can sue to correct alleged violations. The Attorney General reviews private actions and settlements, and may even intervene when the private enforcement does not appear to be in the public interest. The Attorney General publishes regulations which provide guidance to plaintiffs and defendants and describe the submission and review process.